Germany is the second largest market for e-commerce in Europe. With total sales of EUR 99.1B in 2021, it’s ahead of France and behind the United Kingdom. Majority of the largest e-commerce companies in Germany were founded locally and have expanded their operations to other European countries over time. One of such companies is Otto (GmbH & Co KG), commonly referred to as the Otto Group. The Otto Group has several subsidiaries that are part of the TOP 10 list of e-commerce companies in Germany - for example, ABOUT YOU Verwaltungs SE, bonprix Handelsges. mbH, OTTO, Josef Witt GmbH, Baur Versand (GmbH & Co KG).

All these subsidiaries were launched in Germany. The same is true for zooplus AG and Zalando SE, and MMS E-Commerce GmbH. Two exceptions are eBay GmbH, a US-based eBay subsidiary, and QVC Handel S.à r.l. & Co. KG, which is also a subsidiary of a US-based entity.

Data on German companies is part of the HitHorizons database. HitHorizons aggregates data on 77M+ businesses from 60 countries, including the whole of Europe. Data contains basic information about individual companies such as name, registered address, identification number, contact details, industry, SIC Code, sales performance, and the number of employees.

The subsidiary company OTTO has also been successful in recent years and increased its sales by 13.8% to EUR 5.1B in 2021. OTTO is the original company founded in 1949, which, at that time, sold shoes through catalogues. The assortment was later expanded to include other consumer goods and clothing, and it became possible to make orders over the phone. It is currently an e-shop. OTTO grew into Otto Group and today several subsidiaries are part of the conglomerate.

Among the companies that belong to Otto (GmbH & Co KG), the largest one is bonprix Handelsges.mbH with sales of EUR 1.7B (2020). Bonprix is focusing on online sales of clothing and textiles.

Next is ABOUT YOU Verwaltungs SE, which was founded in 2014 and currently sells clothes in more than 20 countries. ABOUT YOU had sales of EUR 1.1B in 2021, when it managed to cross the billion mark for the first time in its history. In the previous year, the company had sales of more than EUR 743M. Despite the favourable growth in sales, ABOUT YOU has not been able to turn it into profit and was at a loss in the three years we monitored for this analysis. The company's net profit was EUR -122.6M in 2021.

Josef Witt GmbH is next. Josef Witt Group used to be called Witt Weiden. It started as a clothes mail order company back in 1907, that is, earlier than its current parent company Otto Group. In 2021, it reached sales of more than EUR 1B.

Among the remaining companies, the largest is Zalando SE. The company was founded in 2008 and currently sells fashion products on 17 European markets. Last year, it reached sales of EUR 10.3B (year-on-year growth of 29%).

The only company which sells goods that are vastly different from all the other companies on the TOP 10 list is Zooplus AG. The company, founded in 1999, sells pet products. Zooplus AG’s total sales reached EUR 1.8B in 2020. The year before sales were EUR 1.6B.

The last two companies on the TOP 10 list which are not part of the Otto Group are eBay GmbH and QVC Handel S.à r.l. & Co. KG. Both companies are subsidiaries of US-based entities. eBay GmbH is a branch of the US-based eBay Inc, which enables C2C and B2C sales through auctions. Germany's eBay had sales of EUR 1.2B in 2020; the year before it was 200 million less.

QVC Handel S.à r.l. & Co. KG focuses on selling clothes, jewellery, and other household items. A very unusual feature is that this company sells primarily through television while also having an e-shop. The company had sales of more than EUR 1B in 2021, with long-term annual sales ranging from 800 million to one billion euros.

When it comes to other financial results, complete financial data was not available for bonprix Handelsges. mbH, Josef Witt GmbH and Baur Versand (GmbH & Co KG).

In terms of before- and after-tax financial results, Otto (GmbH & Co KG) is in the best position, with an after-tax profit of EUR 1.8B in 2021. That is a year-on-year increase of more than 86%. Here, however, it must be noted that this is a consolidated result of the entire group, i.e., it includes subsidiaries that we mentioned above.

The only loss-making company for which 2021 results are available is ABOUT YOU Verwaltungs SE. For 2020, data is available for zooplus AG (18.9 million euros) and eBay GmbH (19.2 million euros).

In terms of profit margin (share of net profit in sales), the company Otto (GmbH & Co KG) is in the best position - it was able to collect a net profit of more than 11 cents from each 1 euro of sales. Zalando SE was able to collect 2 cents from 1 euro of sales, and it has been at this level for the past three years. The worst is ABOUT YOU Verwaltungs SE, which had a negative profit margin in recent years.

Otto (GmbH & Co KG) has had the highest number of employees over the years, but that numbers is gradually decreasing

If you have any questions or comments, don't hesitate to contact us 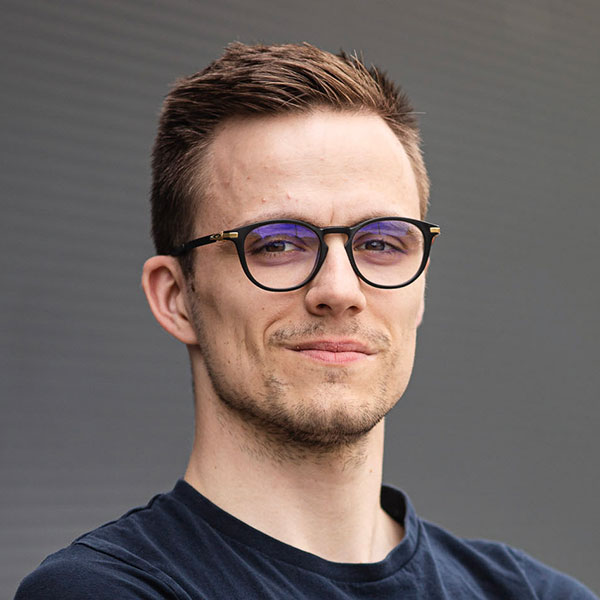 Database of Companies in Germany: Top Industries and Biggest Players

There are more than 5.25M companies in Germany’s 16 states, almost half of which are proprietorships. Almost half of the total number of companies operate in the service sector. If we take a look at individual cities, the highest number of businesses are located in Berlin.

The Covid-19 pandemic has mainly been favourable and beneficial to Internet sales, i.e., E-commerce. In this industry analysis, we will take a closer look at E-commerce in Germany and its neighbouring countries - England, the Netherlands, Belgium, France, Luxembourg, Switzerland, Austria, Czech Republic, Poland and Denmark.

Explore the European market
with HitHorizons

Search, sort and filter millions of companies to get the data you need for your market research and industry analyses.

Whether you are a user or a provider of a CRM or other B2B software solutions, reinforce those tools with data available in the HitHorizons database.

Accept all
Reject all
Customise

We use cookies to help you navigate efficiently and perform certain functions. You will find detailed information about all cookies under each consent category below.

These cookies allow us to analyse our site's usage and improve the site's functionality. Analytical cookies help us understand how visitors interact with our website by collecting and reporting information anonymously.